Industrial espionage has seen a dramatic rise in the past years. So how do you model a secret organization for a spy novel? One that needs to have the power to not only spy out secrets but also influence whole markets. Yet one that is small enough to stay agile and go unnoticed.

You base it on a structure that is common in today’s economy. 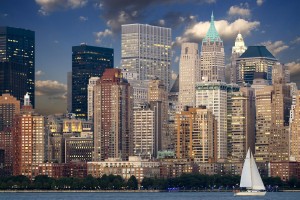 Alice’s knowledge of the industry combined with Niall’s penchant for espionage stories proved to be just the right mix for cooking up the foundation of the conspiracy.

Large corporations doing business with clients in all major market segments worldwide act within a matrix organization. Typically, there is one unit, or few, that spearheads new developments and reports to the board of the corporation.

After a few days research on the world’s largest organizations – stock companies as well as private limited companies, Adler Reilly was born. A consulting firm with limited liability and some 30.000 employees catering to international clients of all major market segments. Why consulting? Because the firm was to be independent of any products with vertical units specializing in different market segments.

The history of Adler Reilly needed to reflect a long-standing family tradition. Therefore, the firm has its roots in New York in the late 1800s and gave birth to BIRD after Black Friday in 1929.

BIRD acts in total secrecy under the disguise of Adler Reilly and is headed by the C suite who has built strong relations with major intelligence agencies over the years. BIRD needs to have access to all kinds of information to know about everything that could harm Adler Reilly’s business.

After the financial crisis in 2008, Adler Reilly changed into a holding structure that operates out of Zurich. BIRD relocated to the holding’s new headquarters.

There is one major difference between real world corporations and Adler Reilly. The latter’s unit BIRD influences innovation and new developments to safeguard the status quo at all cost.

Yet, recent developments such as the Volkswagen scandal or the Koch brothers’ funding to attack electric vehicles paint a grimmer picture. It is scary to see how close BIRD is to reality knowing that details like these were completely unknown to the authors in 2013.

How far will today’s corporations really go to influence the world to their needs?