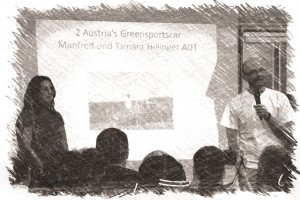 Tamara’s and Manfred’s character in the novel

They are one of the few couples among the participants of the rallye.

An amiable husband and wife team who find themselves the object of Alain’s scrutiny. Tamara and Manfred are modest and mindful AND seem to have a considerate knowledge of electric vehicles.

Is this young pair the team of agents he has hired to safeguard his investment?

On first glance, the answer is… maybe! 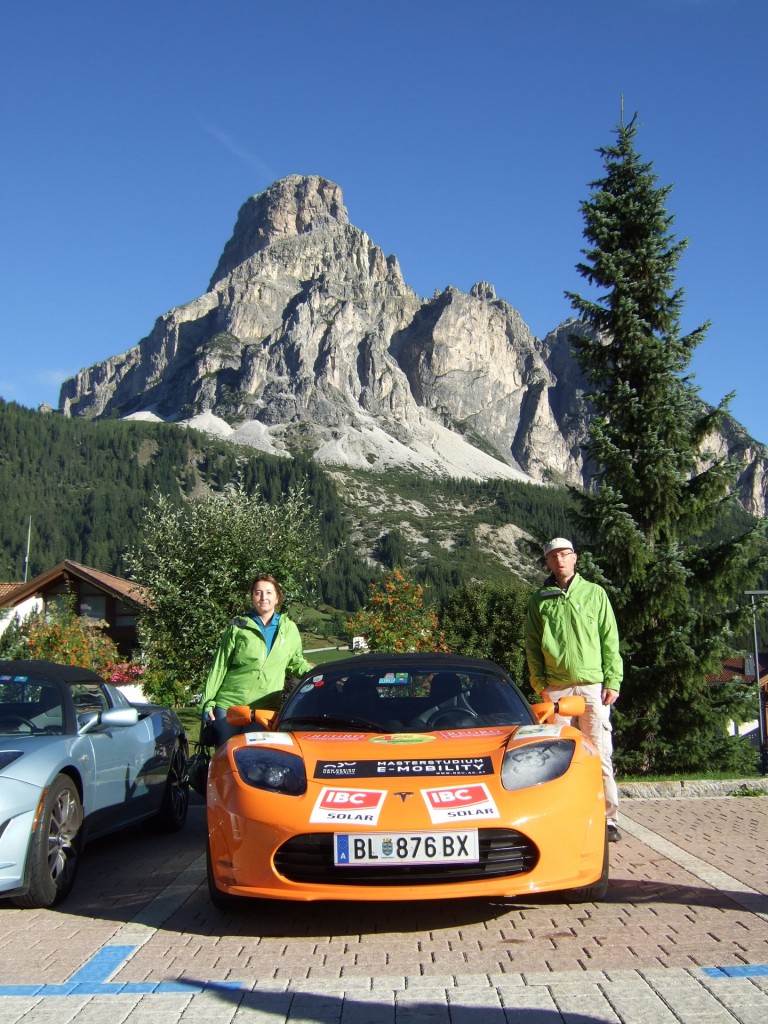 Tamara and Manfred in real life

For many years, Tamara and Manfred have adapted an environmentally friendly live style by producing and using their own energy.

Their house was built with a pellet heater, a thermal solar system for hot water and a photovoltaic system that produces nearly two hundred percent of their annual power consumption. These are ideal conditions for an electric car.

Therefore, they bought a Tesla Roadster in 2011, almost three years after Manfred’s first test drive. The decision was in favor of the Californian manufacturer as no attractive alternative was on the market back then, also in terms of charging times. Since 2014, the two of them have been driving completely electrically, with Tamara preferring the sleek and admittedly practical Renault Zoe. If the title of the spy novel had any influence on the choice of color for the car will remain their secret.

The Hillinger’s charge their electric cars directly via their own solar system and their enthusiasm does not end at home. Particularly Manfred is keen to give the unique driving experience to as many people as possible. Therefore, in his spare time, he’s a regular at company openings, commissioning of wind farms or community events. He doesn’t shy away even from the most hardened racing professionals with the proverbial gas running through their veins.

Tamara and her husband often took their deserved podium finish at electric car rally’s and expeditions like WAVE Trophy or ECOdolomites. Then, in the last two years another race came about – a more personal one, behind their first son. Now that son number two has completed their domestic happiness, the amiable participants will be seen less frequently at some of the upcoming events.

Nevertheless, their lives stay electrified. Manfred, who was one of the first to receive a master in “E-Mobility and Energy Management” by New Design University in St. Pölten, is also co-founder of Tesla Club Austria and owner of GreenSportCars who provide the fun of driving a Tesla car.