The threat of change

The authors of Project Black Hungarian cooked up a conspiracy against clean mobility. But could it be true?

Automotive companies, carmakers and suppliers alike, talk to each other. On all levels. All the time. That’s no secret to anybody in this business. 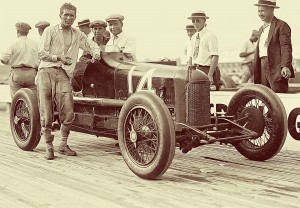 It’s a business with a deep seated tradition and secret codes and handshakes manifested over more than a century. Now and again, a few electric vehicles had been designed and built only to be ousted by oil-dependent machines. Innovation stemmed from space travel a lot but the heralding in of an information driven era required a new yet measured response. Research offices were opened up in Silicon Valley to keep an eye on the crackpots and to start a few publicity-suffused projects. Life was good and the byte guys were kept at bay. Hardware was the currency. Software had only a gentle and slow rising share – up until the 90s of last century. Then enlightening struck that the growing number and complexity of control modules caused by ever-increasing function and external device integration required an even more cunning control of software versions. A new challenge had crept up in a flash which was only to be joined by another one: an apple that infected the consumer and created a breathtaking need for speed in trying to keep pace with the increasing amount of toys, no longer used by big boys only.

Seven year cycles clashed with six months cycles. Security based demand for zero defects met with cheapest cost replacement. But the game was on. Even younger customers started to shift from horsepower to slick device integration driven buying decisions. As if it were not enough to bother, a new threat seemed to loom on the horizon. Was it a real threat that would electrify the customer? Or was it just a minor nuisance caused by the Hollywood hyped hydrogen car, the mild success among wealthy roadster pioneers and the Japanese quest for a leading environmentally-friendly affordable family car?

With more than a fig leaf, Nissan started to conquer customers with climate change in mind. Tesla put their stake into the automotive ground with its luxury car chaser that featured all the covetousness of the new century. But the new mobility had yet to prove their point and, forced by requirements for lowering emission across their thirsty and dirty fleet, the old boys club threw in some token to put a good face on the matter. Some more than others, but all of them crying out for support from the government to help them shoulder the burden of change.

The Burden Of Change 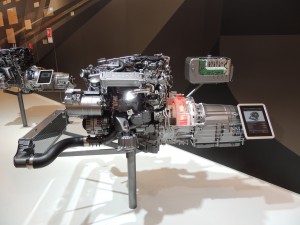 A burden it is considering the depreciation periods for manufacturing plants: 25 to 40 years are no child’s play for controlling. No surprise that capable engineers are kept on a short leash and then devote their loving care to honing existing powertrains and cut consumption of engines by the drop. Their achievements lined up at car shows as if they were precious exhibits in a gallery. The engineers’ reward? The promotion to head of turbo diesel department.

Engine size not only speaks for ego but for earnings. Profit margins of the premium carmakers are between 10 to 20 percent as opposed to 2 to 5 percent for those in the mass-market segment. For example, Porsche is estimated to reap in an average of $23,000 in profits per car and Ford’s long-time bestseller F-150 some $10,000. Hardly surprising that the industry is pushing their luxury and SUV models or extending existing platform lines with new vehicles. The 2016 Geneva auto show was again proof of the industry’s megalomania which is only partly owed to the currently low gas prices.

Market growth in emerging markets and downsizing or optimization of internal combustion engine (ICE) are the top investments priorities of the car industry according to the latest KPMG global automotive executive survey. At least, fuel cell electric vehicle development ranks on no. 5 with battery electric vehicles on no. 9. However, the industry believes that consumer demand will show that hybrid powertrains are the way forward. Who would have guessed! Hybrids still feature a combustion engine piggybacked by some sort of electric propulsion allowing the old-fashioned industry to stay away from radically new car concepts. They believe shouting range anxiety loud enough will do the trick. There’s a lot at stake for the traditional car industry. Electric cars require much less parts for the powertrain. What would happen to all those engine-honing engineers? Not to forget the high-profit spare parts business and repair or service shops that would see a steep decline. Environmental regulations are tying another tight knot that makes it harder to breathe.

The last two decades show that the automotive industry is confronted with several changes at once. Changes driven by industries that run on a speed many times over, and by new companies without the burden of legacy. Information technology giants like Google and Apple are muscling in on the increasing demand of data. Chinese moguls like LeEco owner Jia Yueting who invests heavily in Faraday Future or their joint venture with Aston Martin to build not only electric but smart cars that can drive autonomously. Alibaba’s car division puts its harvested data on their customers’ buying behavior to use for smart electric vehicles by Kandi Technologies Group, and its joint venture partner Geely who bought Volvo, and for car sharing services like Uber. The whole business model of selling cars to customers seems to be shaken to the very foundation. But new business models take time to get traction and can be influenced to some extent.

Another request for change comes from legislation. So what is the most common reaction to substantial change request? Procrastination. Which in Volkswagen’s case lead to a cheating device. Was it really a surprise when the Volkswagen scandal surfaced? Yes and no. Yes, because most consumers are naïve and want to believe what they are told about products is true. No, because there’s proof throughout history that change always comes with a price tag and greed is a bad advisor. It was foreseeable that other car makers like Daimler are now under the scrutiny of environmental agencies of the government and public organizations. 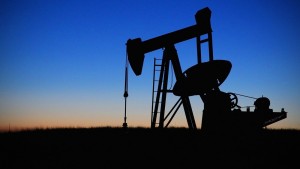 The other market that will heavily be affected by increasing electric car sales is the oil industry. Recent news show that this empire is ready to strike back. The Koch brothers’ are ready to fund a group with yearly petty cash of around 10 million dollars to promote petroleum and fight government subsidies for electric vehicles. Range and charging infrastructure are necessities to help clean mobility to thrive. Tesla’s trailblazing concept of the Model S combined with the fast growing network of superchargers is tackling this chicken and egg problem, even though with a high price tag. If other manufacturers follow suit with a similar concept or Tesla opens up to them this could spread like wildfire. It seems that the oil dynasty started to wake up and take the formerly deemed EV fruitcakes seriously.

Looking at Volkswagen and the Koch brothers, it is scary to see how close the fictional organisation BIRD is to reality. It remains to be seen how much closer reality will get to the fiction of Project Black Hungarian.