Farwiza Farhan speaking with Verena and Britta during Web Summit 2019 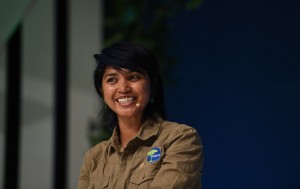 5 November 2019; Farwiza Farhan, Chairperson, HAkA, on planet:tech stage during the opening day of Web Summit 2019 at the Altice Arena in Lisbon, Portugal. Photo by Harry Murphy/Web Summit via Sportsfile

Farwiza Farhan is the leader of Forest, Nature and Environment Aceh (HAkA), an organization striving to protect, conserve and restore the Leuser Ecosystem in Sumatra, Indonesia.

The ecosystem comprises about 2.7 million hectares of forest and is the last place on earth where the Sumatran elephant, rhino, tiger and orangutan can still be found together.

We talked with Farwiza about the dangers the rain forest faces and how she and her team are empowering local communities to have a thriving and sustainable relationship with the ecosystem.

Palm oil is one of the biggest perpetrators of rainforest deforestation in Sumatra. Can you tell us a bit more about the situation you are dealing with in the Leuser Ecosystem?

Palm oil has received a whole lot of attention in recent years, but it’s more complex than it’s often presented. It’s not so much the oil – what is so bad is the practice. There is a reason why palm oil is cheap. A whole lot of the costs are not born by the palm oil corporation. When there are forest fires all through Kalimantan, airports in Sumatra and Singapore and many other places get shut down.

Schools have to be closed. Children are infected with respiratory infection. At the moment, the Indonesian government has launched multiple lawsuits against palm oil companies who are burning forests. The government has been doing this since 2012. They have won a significant amount, yet only a fraction of the fines has been paid.

As a consumer you do not want palm oil by companies who are destroying forests, who are engaging on child labor, who are not paying the workers fair wages – and you could make those demands. Engage with them instead of boycott, and tell them that you as a consumer do not want conflict palm oil.

But then we all need to essentially put our money where our mouth is. We cannot demand sustainable certified palm oil and at the same time purchase cheap palm oil.

Can the local communities be involved in decreasing cheap palm oil production?

One of the things we do is initiate law enforcement against illegal palm oil plantations, because there are quite a lot of them. In 2009, in a pilot project, we worked together with a local community to run an investigation against palm oil companies that were located upstream from their village. The locals identified who were the owners and checked the legality of the concessions. 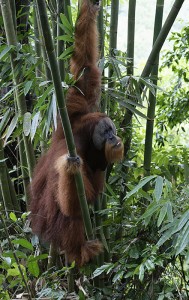 They worked with the police to confiscate false concessions and then they picked up the chainsaw. For the first time, the sound of a chainsaw was good for conservation, because it meant 500 hectares of palm oil plantations were cut down.

And within two weeks, elephants came back. Within three years, orangutans came back. In those cases, nature regeneration has been one of the most effective ways to restore forest.

When we are dealing with slightly more problematic areas, where it is not possible for the people to let the land regenerate on its own, we create agro-forestry solutions. This means we work with the local community to plant more crops that are more profitable compared to palm oil. Palm oil is only truly profitable in a large scale.

But if you are farmer and own one or two hectares, it actually makes sense to grow something else. So financial education is quite an important aspect for conservation and is often overlooked.

A nice quote from you says that wildlife conservation is not only about the animals, but also about the people.

Oftentimes we are trained to put fences around protected areas. But over the years of working on the ground, I learned that such a perspective of colonial conservation simply does not work. The local communities live an insecure life. 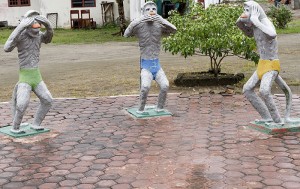 When they don’t have clear ownership of the land, they will make decisions that are based on insecurity.

They are both the victims as well as the perpetrators of encroachment and deforestation. We have to understand the reality of the livelihood of the people.

Imagine you have two hectares of crop to feed your family with, and from one day to the next a herd of elephants destroys your entire crop. You’ve invested months, maybe a whole year to grow these and overnight it is gone.

People and wildlife will likely always live close to each other. So how can a co-existence be possible? 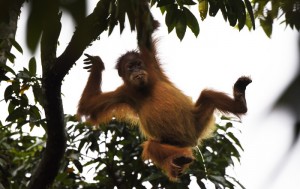 Good development planning is crucial. And it’s important to make sure that people are included in the decision-making pertaining to their land.

People know and relatively respect boundaries. Wildlife does not see administrative boundaries in the same ways.

You have to map out where wildlife is and make sure people are not put there. Then you look at the land and you look at how to allocate infrastructure, residential areas, industries and agriculture well.

And the people already living in wildlife habitats…?

Sometimes, the communities actually want to move and we enable them to settle in places that are suitable. Others have lived in that area for generations and moving is not an option. In these cases, mitigation comes in.

We look at how the communities are living: what kind of livelihood do they have? How is their relationship with the land? What do they need to live well? 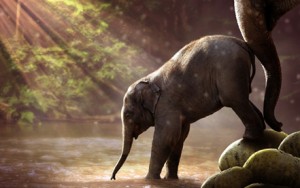 Photo of Elephant by Jonny Lindner on Pixabay

Mitigation could for example take place in the form of choosing different crops to grow, crops that are less attractive to wildlife.

A whole lot of human wildlife conflict mitigation with elephants happens through creating buffer zones by growing chilies and lemons, because elephants don’t like them.

But if you grow rice, elephants will see it as a candy shop and just go and eat everything (laughs). But most important of all, the local community needs to be included in the decision-making.

Compared to places like the Amazon or the Okavango Delta, the Leuser Ecosystem is still quite unknown to many people. How do you bring it to the public? 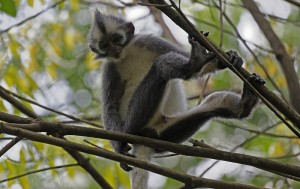 First of all, what we want to do is to showcase the beauty, so the world can see this entire primary rain forest full of life, full of amazing encounters. You will not love what you never see.

You will not protect what you do not love. So, sharing that through our platforms, through social media; partnering with many other organizations.

We also partnered with Google Voyager, so people can virtually visit the Leuser Ecosystem and meet its wildlife. Having conversations with the press.

Being on stages like Web Summit’s “Planet Tech”, at the world’s largest tech conference: where thousands of people hear the name “Leuser Ecosystem” for the first time.

Have people learn about the landscape and why it’s amazing.

What can each of us do to support conservation activities? 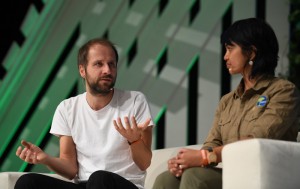 5 November 2019; Christian KrollrnCEO, Ecosia, and Farwiza Farhan, Chairperson, HAkA, on planet:tech stage during the opening day of Web Summit 2019 at the Altice Arena in Lisbon, Portugal. Photo by Harry Murphy/Web Summit via Sportsfile

First of all, being aware and engaged is important. And we need to engage and talk with the companies. We need to get them active, get them, for example, to avoid conflict palm oil. Second, using platforms that actually support conservation.

Recently, we talked about „The Lion’s Share“, an initiative that value animals that appear in a company’s ad. Demand your brand to join The Lion’s Share and to put value on our wildlife.

Using platforms like Ecosia, platforms that are advocating to neutralize your travels to bring our world closer to zero carbon.

At the end of the day, we get to where we are now because we make all these little decisions every day, that have an impact on our world; whether it is good or bad.

We need to be more conscious in taking the steps to do things that are better for this planet.

Thank you so much, Farwiza, for taking to speak with us – visiting Sumatra and the Leuser Ecosystem is definitely on our travel list! 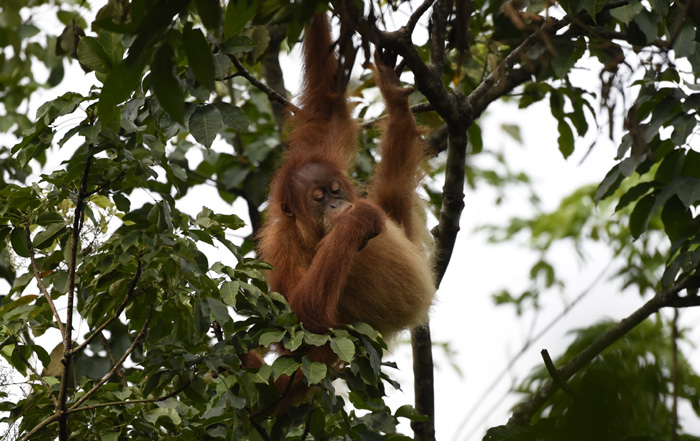 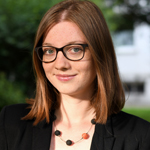 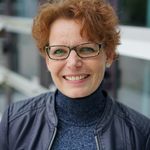