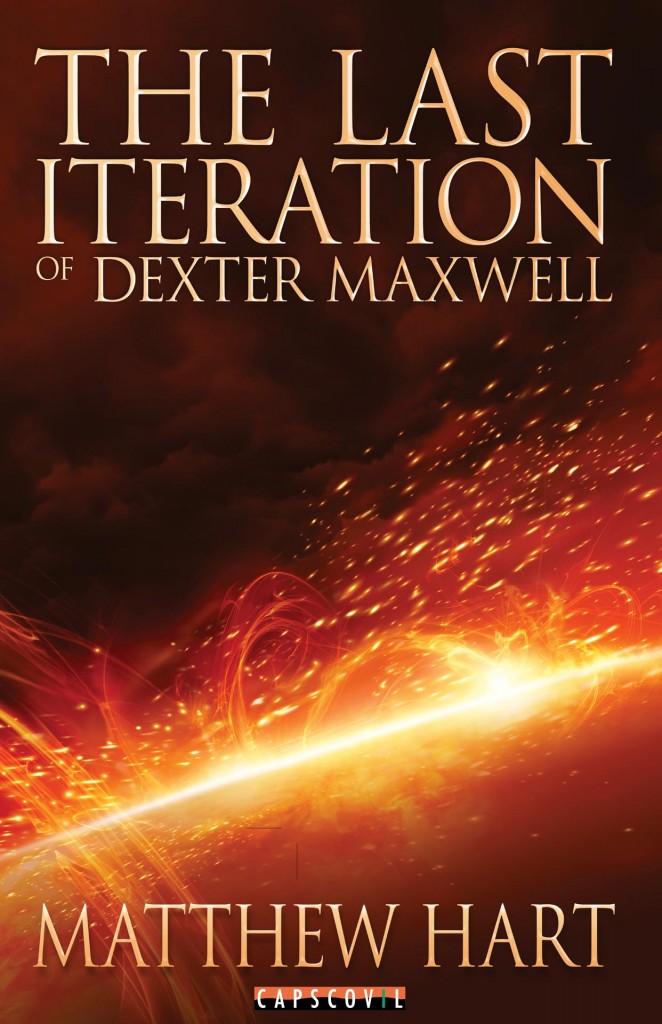 Book 1 of the sci-fi novel series on internet of things, smart city and biotechnology

This is the first book in a series that takes the reader on an exciting journey to find out who Dexter Maxwell really is. The novel explores the intersection of different technologies and how they evolve subject to one another, and the intersection of science and faith. There are implicit thematic elements of sustainability and balance, and on the influence of technology, especially the internet of things and smart cities.

Dex knows first-hand how tough it is living on the edge of a thoroughly technologized civilization in Grenver, Colorado. But it also has its perks. With his small league of street-smart outcasts, he’s snarled the system with some of the most brazen stunts of the 22nd century. Not bad for an orphaned sewer rat that can’t remember his childhood and will most likely end up iced for ages like any other criminal.

No past, no future: no problem. As long as Dex has his friends and his mischief, he’ll be alright. But after a botched stunt, Dex wakes up a foreigner in a brutal, bizarre underground city controlled by more than one shameless force—blind, a sword strapped to his back, and an old man telling him he’s the vital component of the coming revolution.

Dex can barely take in the reality of a new time before he’s on the run, hunted by vicious assassins, and mixed up in a deadly plot a millennium in the making—and with the fate of two worlds at stake.

The Last Iteration of Dexter Maxwell is available internationally – in print or online:

Matthew Hart is reflecting from a sustainability point of view on topics around smart cities, internet of things, networks and big data as well as biotechnology and artificial intelligence.

Published in December 2012. Available as Perfect Paperback (ISBN 978-3-942358-31-6) and eBook. Complimentary copies for book reviews, bloggers and experts are available.

“This book makes you reflect on the big responsibility of delivering technology in service of citizens. A good material to debate, especially as we are at the gates of the first Smart Cities. Are these the cities we are modeling?”
Alicia Asín Pérez, CEO and Co-Founder Libelium, Member of the International Research Groups: Sensor Networks and Mesh Networks.

“A riveting science fiction novel that I found hard to put down once I started reading it. Matthew Hart has expertly interwoven believable technological advances into this spellbinding Sci-Fi adventure story of Dexter Maxwell set in the 22nd through 31st Centuries AD.”
Daniel L. Calloway, MSIT with specialization in network architecture & expert network consultant to the Internet of Things (IoT) Council in Brussels, Belgium

“A mind-bending thrill-ride, Hart has given us a gritty and fascinating vision of the future.”
Brian David Johnson, Futurist & Principal Engineer, INTEL

“The pace of the story is enthralling. The difficulties of living on Venus, as well as the need for a resettlement from Earth, raise valid questions in this day and age. I found the prayloop and its effect as a community very inspiring.”
Stephan Tomek, Senior Researcher, iHomeLab Switzerland

“This is a fascinating and scaring Sci-Fi novel where the technology we are working on today becomes reality. Freedom, friendship, love and purpose mixed with future technology relates directly to us today – to taking over responsibility of the actions that will lead to THE Last Iteration”.
Dr. Stefan Ferber, Director Communities & Partner Networks, Bosch Software Innovations GmbH

“I‘m not sure the future is a place I want to visit after reading this interesting and thought provoking book. A world where the technology is inescapable raises many moral and societal issues that I hope mankind is able to navigate. Read it and make up your own mind“
Tristan Wilkinson, Founder, Digital Citizens

“Once you are in the story, you get a lively overview of a variety of future technologies, currently under investigation, and fictional topics. But while some aspects of a smart city environment seem compelling and convenient, the author also provides the dark side of the moon from ethics and society perspectives! An enjoyable but also alarming story!”
Joachim Schonowski – T-Labs (Research & Development), Deutsche Telekom AG

“The story evolves at an incredible pace and it becomes an effort to put the book down. It has everything a good Sci-Fi novel should feature: a thrilling story, compelling characters and a strong foundation in science and technology. Especially the latter makes this book extraordinary and a great read for all genre fans. Can’t wait for the Second Harvest.”
Prof. Dr. Sebastian Lehnhoff, Research and Development Division Energy, OFFIS Institute for Information Technology