Celebrating the foundation of Diversity Natives

Download your free review copy of the career novel below

How much diversity is needed in the workplace? A story about a lesson learned.

A successful woman in her thirties, dressed in a classical black suit and white shirt that compliments her copper red hair, gives daring and candid insights into the world behind the shiny curtains of a large corporation. Let’s call her Alex . Discreet make-up and little jewelry suggest that she is working in a business area that still is one of the biggest playing fields dominated by men. The story of Alex in GAME-Faint Signals embraces all those demanding challenges and delightful amenities a position responsible for driving innovation and market development holds. But it also tells her experiences concerning diversity.

Eagerly she starts her job as a consultant in a team consisting only of male colleagues, including the superiors. Colleagues that have been working for the company for so many years they treat products of the old days like their beloved children. By any means, this team is divers – except for gender…

Is she the quota? Or is it really her long-term experience in this business that counts and that nobody in this teams holds as much as her? It’s the latter, definitely, she´s being told several times. But Alex doesn’t waste a thought on this as diversity is not even a faint signal on her radar screen. Since graduation she has mostly dealt with men and she likes it. Very much.

It is her dream job. No doubt as she has grown to love the competition aspect of it. Learn about new things, convince customers around the world of innovative products and acquire contracts. All this is like a game for her that needs to be won. The predominant award is not the respectable pay check. It is rather the recognition the winner gets. It is the affirmation received by the unmasked glance into the mirror each morning. It is the unmitigated, private “Yes, I can” – smile being returned in an almost aphrodisiac way. Long before such a slogan had to serve as a persuasion of the public masses at stage-managed election campaigns.

Continuously, Alex is building up complex networks to potential customers and partners as well as decision makers within the company. Hard work, creativity and self-confident visions take her to fascinating places around the globe but also to interesting projects. The next management level starts to notice, starts to avail themselves of her success to shape their own profile within the hierarchy. Why not, Alex readily replenishes supply for the superiors. It’s only good for the team, if her boss and his boss are in cheerful sentiment. Nay-Sayers regularly consider the new product a moot point. But prophecies of doom are best countered with constant progress.

Indeed the superiors are content with their best horse in the barn. Very content. Step by step she is involved in certain decision makings and asked for opinion on future strategies. The next step up the carrier ladder is dangled in front of her much earlier than expected. One of her projects is even being considered for the rare internal award. Puzzled she notices from the corner of her eye resentment she is courting from her colleagues.

Everybody in the team has the same possibilities, she thinks. Everybody can use all of the information that she dutifully distributes. The whole team profits from the projects that serve as references for potential customers. Competition is good for the business. A few dark clouds gather, however her naivety fostered by positive thinking prevents her from sensing the rising storm. It’ll all work out, Alex tells herself. It’ll all work out, reckons the executive suit.

How wrong can one be? A protracted ordeal starts, cumbersome and strenuous, since it is not foreseeable as such. Point of views and opinions around her change, more than once, showing more tonalities than the average chameleon features. However in contrast to the animal kingdom there is no clear line of communication to detect. Except with some colleagues.

Their announcements are as clear as a “five-by-five” on a radio channel. Even the messages that aren’t voiced, like diverted glances or the peer pressure seating in meetings. Or things that surely happen in clandestine gatherings, spoken under their breath across dark cellular phone channels. Information that isn’t delivered to where it belongs, not even to customers.

Alex angles her antennas in her quest for help. But whom can she trust? Are her antennas picking up on the right frequency? Is she able to decipher the signals without ambiguity? It seems as if her code book doesn’t conform. Not for this type of communication. Not even mimesis is left for her, camouflaging herself by emulating her surroundings. Banned by the morning glance into the mirror. That is her supreme court which decides on the course of action and option of arms. But there are no fair arms in sight, especially not ones that hint at a mutual win for all parties. Because anything else doesn’t make sense. Not for Alex.

Even he is not in sight, the white knight with waving flags, who helps to crack this hard (coco-)nut. But who would seriously risk a potential tie (at best), still riding for a fall? How but is it possible to thwart the company’s philosophy and diversity thought to benefit those who should actually bear personal consequences?

In the end there is only one way to go, one last game to be played to withstand the critical glance of the mirror. Head held high, but no treachery and treason. A deep cut. Nevertheless a cut that offers the fulfillment of long fostered ideas, allowing for a dream to come true. Another dream.

Only one question will stay unanswered in the profoundness of the consciousness.

Was there only THIS one final solution as Alex still wants to be able to face her (female) reflection in the mirror? Because she does not belong to this one species of women (anymore), described by an established German sociologist*? These women that have to transform into half men and instinctively decline their femininity** just to bring home the bacon in the male playing field? 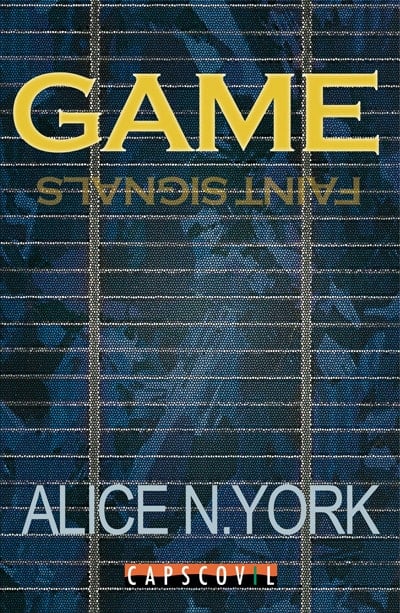 Alex leads a thoroughly contented life. In Sandro she has found the right man, and the new consultancy job at a leading solar company seems tailor-made for her. Being the only woman in a team of men doesn’t bother her at all.

In no time, she familiarizes herself with the technology and establishes a complex network of external partners and prospective clients, as well as various departments within the intricate company organizational structure. Developing long-term strategies and innovational product ideas is just as inspiring for her as implementing them practically. In addition, business trips to globally operating clients offer Alex an insight into different cultures, taking her to fascinating cities along the way. Winning new projects with innovative, successful solutions quickly enables her to gain the respect of her superiors.

Before too long, however, her existence begins to resemble a rollercoaster ride. Grave events in her private life result in Alex throwing herself ever deeper into work. Yet slowly but surely menacing clouds are gathering there too, and soon events leave her no choice but to affect a volte-face.
Alex does everything in her power to retain control until the dramatic finale. But like a game of poker, she is constantly being dealt a new hand; and no-one quite knows who holds the aces.

A daringly honest depiction of life behind the scenes at an international technology company, full of memorable characters and affecting experiences, this controversial novel polarizes its readership of insiders and outsiders.

The author thrusts the reader into a ruthless professional world in which no prisoners are taken; painting reality as it is and dealing in hard facts rather than hackneyed clichés. Alongside general information on solar technology and its desired efficiency, exceptional ideas for solar-powered products such as robot-controlled green houses and gesture-operated vehicles are woven seamlessly into the plot.